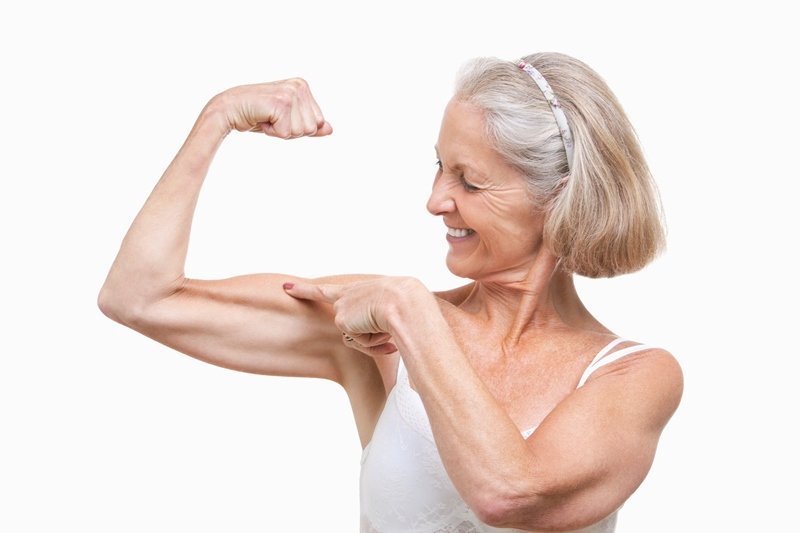 We talk about what is muscle memory and how its development will help to come into shape after a long break.

Muscle memory means a structural change in muscle and nerve cells, which occur as a result of prolonged physical exertion; it is designed to provide a rapid recovery of motor skills in the event of a long-term or forced break, for example, due to trauma or the birth of a child. If the last time you cycled many years ago (but in the past such activities were regular and frequent), now you will not have much difficulty remembering this skill and rolling around as if there was no pause. We decided to understand how the mechanism of muscle memory is arranged and whether it is possible to take it under control.

After spending countless days in the gym, you finally got what you wanted – cubes, relief biceps, pumped legs. But you begin to realize that there is no way back – to always be in this form, you need to train regularly. The prolonged absence of physical activity will lead to loss of the accumulated.

Studies published in The Medicine and Science in Sports and Exercise only confirm these fears – a person loses about 12% of muscle mass within 14 days after the refusal of training.

In many cases it is the categorical statement that is going to the gym and training makes sense, only if they occur on a regular basis, scares people away – many already know in advance that they are unlikely to go to the fitness center all their lives. And if they do not, then why start – work hard to form the muscles and lose it in two weeks of leave.

But is It Really So?

Norwegian scientists from Oslo, led by Christian Gundersen, conducted a series of studies and experiments and found that constant physical activity leads to the formation of new muscle cells. And the more fibers, the more active genes that control the synthesis of actin and myosin (proteins responsible for muscle contraction). Actin and myosin, in turn, form actomyosin, which is the primary structural element of the contractile system of muscles. Thus, the increase in the number of cells leads to the growth of muscle mass over time.

The main result of the study is that even after three months of lack of exercise, the “additional” cells were not destroyed by the body, as was originally intended. When a person stops training, muscle fibers does not disappear anywhere; they continue to exist in the so-called “sleeping” mode. But how long they can remain in a passive state, while remains the subject of controversy and discussion. Scientists from the Proceedings of the National Academy of Sciences (PNAS) claim that the “shelf life” of the cells is no more than three months, and the representatives of The Journal of Physiology have found evidence that new cell never die since persistent physical activity leads to irreversible physiological changes in muscle fibers.

Thus, after the resumption of training, these cells are activated and help to restore the lost muscle mass and to get into shape much faster than it is necessary for a person who starts from scratch. This is because the stage of production of new cell is skipped – as soon as the “sleeping” cores come into the active state, they are immediately included in the process of producing new muscles.

Everything in Your Head

Naturally, we are not talking about the fact that the muscle itself can have memory: the muscle is not, but the brain can store information about the number and quality of muscle contractions. These data are hidden in the Purkinje cells, which are key elements in the neural networks of the cerebellum. Motor skills are fixed and coded due to dynamic amplification and attenuation of certain connections of Purkinje cells and other neurons of the cerebellum, brain and spinal cord. When information about the movement is stored, the brain is already less involved in its reproduction. If some physical action comes to automatism and becomes natural to you, it means that it is already “stored” in the memory of the mind.

When you move, individual “sensors” are activated-proprioceptors, which send to the brain impulses from contracting muscles, tendons and joints, reporting their work and, accordingly, changes in the position of the body in space. The body learns to interpret all movements and feelings. To describe the phenomenon of muscle memory, researchers from the University of Manchester conducted an experiment in which they asked subjects to repeat a set of movements during an MRI scan. As a result, the pictures recorded lots of activity precisely in those parts of the brain that control the unconscious aspects of movements and proprioception (the feeling of one’s own body in space). That is, the process of creating muscle experience is continuous. But how many repetitions must be done to create a memory of movement in the muscles, has not yet been decided. There is an opinion about 300-500 repeats, and Malcolm Gladwell, a sociologist, journalist and permanent author of New Yorker magazine, described in his book “Geniuses and outsiders” his theory about 10,000 hours. This is the time to devote to any business to become an expert in it a professional, Gladwell believes.

Despite the fact that the neurophysiological component of the muscle memory is still unclear, the characteristic changes occurring in the muscle cells confirm the conventional judgment that skill cannot be lost. Return to the sport is much easier if you have devoted enough time to it, especially in the childhood. Along with local changes in muscles – an increase in the number of cells – in the brain, patterns are also formed (the sequence of activation of neurons), which provide the motor skill. And if the skill is initially built incorrectly because of errors in technology, then getting rid of it will be very difficult. Teachers and trainers know that it is much harder to retrain (sometimes it is impossible in principle) than to teach. Therefore, first of all, we need to ensure the quality, not the number of repetitions (for each this number is individual). If the coach is well aware of the individual characteristics of the athlete, then he will be able to train him relatively quickly.

My experience shows that usually for the formation of a new skill you need at least three weeks, after which there must still be time for fixing. Plus, do not forget about the method of visualization, which is very effective in learning a new motor stereotype. When the athlete, performing the movement, mentally presents it in the smallest detail, he commits fewer mistakes and quickly masters the correct technique. But the actual skill of a coach and an athlete is precisely in the ability to retain the acquired skills under physical and psychological pressure. In my practice, several athletes demonstrated amazing properties of muscle memory.

Want to less hurt and recover faster, train and develop your muscle memory. The process of rehabilitation, even after such severe diseases as a heart attack or stroke, is faster if a person has previously been involved in sports. Yes, muscle mass is easier to recruit at a young age, but this is not a verdict. The brain, like muscles, is plastic. I, for example, had patients who very successfully gained muscle mass even after 90 years.

The lightness and naturalness of the movement mean only that your brain has remembered it, but how correct it is is another matter. Yes, in the case of a bicycle it’s hard to learn how to twist pedals incorrectly, but with other sports that have more complex and varied techniques, things are different. It is important already at the initial stage to master the correct mechanism for the execution of any movement since it is much harder to cover up the wrong experience properly than to form the initially correct one. But it is worth noting that muscular memories, in any case, can be changed. If everything that we learned became a permanent template, then we could not adapt to the ever-changing reality. So it is the balance between permanence and volatility that is critical to our ability to learn new skills. Our body does it well.

It is also worth considering the muscle memory in the context of possible injury prevention. Back in 2005, Jim Richards, a biomechanics professor at the University of Central Lancashire, discovered that if you paste a wide ribbon on the athlete’s knee, then control of that part of the body will improve, and the person will start moving with a correct technique than before. The fact is that the contact of the tape with the skin improves proprioception and reduces the likelihood of unconsciously wrong actions. Professor Richards believes that this observation will help significantly decrease the risk of injury and form a true muscular experience. Thus, muscle memory is an opportunity not only to develop sports skills competently but also to do it as safely as possible.